Okay, these two Fluke 8840A, 5 1/2 digit multi meters caught my attention @ my surplus store. I was skeptical about it since they kept it on the shelf for sale. They do eBay for any nice piece of gear as they need to run the business. I’m sure in-store sales are not gonna keep the lights on for them. Perfect match for me as I don’t go there to pick up working equipment either 😀

I was expecting the usual failures, like dead VFD (Vacuum fluorescent display) or blown input stage, or maybe something worse. Anyways decided to take a chance to play with it and they both decided to come home with me.

Now, here is a video of the exercise

/** Don’t bring two together to home. Keep(hide) one in the car, bring one first, get that stare from wife, explain to her how smart you are with the wise decision to invest in it, and the millions you re going to make by selling it. After a few days, come back with the 2nd one when you return with groceries as if you got it from the grocery store along with potatoes for FREE. It works, trust me.
**/

Now, the first step is to clean up and get rid of all the labels and dust. Not going into the details there, but that gets done before anything for the first unit. The second one was kept as is. Thought will attack that after getting a taste of the issue with the first.

So I powered it up after cleaning and the display came on, but it kept on showing random digits. Any function, any range, it will keep printing random values. Kind of free-running random number generator. 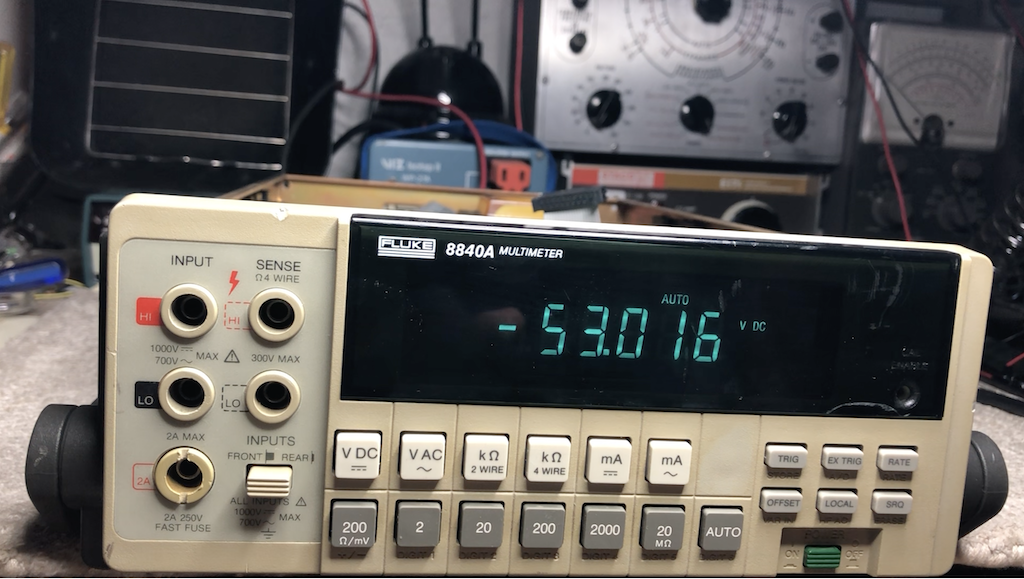 There is a built self-test that you can perform by pressing the SRQ button for 3 seconds. I did that and all tests from 4 inwards were failing.

However something caught my attention, the display was flickering slightly. This points to something to do with the power supply.

So key point to note here is, built-in diagnostic tests ran by the micro-controller should be performed ONLY after checking power rails.

I removed the true RMS module (AC) from the unit to minimize the variable I am dealing with.

Checked the input range selector switch and that is in the correct position.

The next step is to test the power supply voltages. All came out good, except +15V and +7.5V. Here are the limits from the manual.

I checked for shorts in the +15V rail, suspecting a shorted component in the rail dragging things down, and rail resistance to the ground for +15V rail was higher than that of -15V. Then my attention was on to the regulator.

This is a simple textbook 78XX/79XX three-terminal regulator. Nothing fancy or complicated. The input to the regulator VR603/7815 was low. It was only 15V DC.

I decided to probe the input signal with an oscilloscope to “see” the incoming dc wave. Keep the scope in AC coupling, with a voltage of at least 5V/div and once you attach it, reduce the volt/div to measure the ripple ac.
This is to reduce the spike at the time of connecting at safe levels and avoid blowing the input. A safe practice for any low voltage ac signal measurement on high DC rails, unless you have a Z plugin with Tek 500 Series scope.

To my surprise, this is what I found as the incoming for +15 regulator.

To verify I checked all other power rails and both input and output were clean DC with very minimal ripple.

Disappointing, it is just a bad filter cap. C605 seems busted. Removed and measured it,  showed 2 μF instead of the expected 330μF.

Replaced it and powered on the meter, and here we go, all back to life.

I’m excited and disappointed at the same time as I was expecting a complex problem. But glad it was not one of those fluke custom chips (Fluke 700013)

Since I was drunk and got a bit excited about this simple fix, I decided to try the 2nd meter (without cleaning it). Guess what, that also turned out to be the same cap. Replaced all caps (explained below) in the second unit and it also came back to life!

Now, wondering how come fluke made a bad choice for the main filter capacitor? Well, I think it is not the cap issue.

All the main filter capacitors are placed close to the main regulator ICs (78XX). So the heat radiated from them can kill these caps slowly.  The reason why +15 filter – C605 – gets knocked out first is due to the fact that it is close to the main +5V regulator 7805/VR601. That dude is mounted with a heat sink as +5 will be drawing more current than other rails. So the extra heat dissipation from that one kills the filter C605 first.

Here is the photo of the board 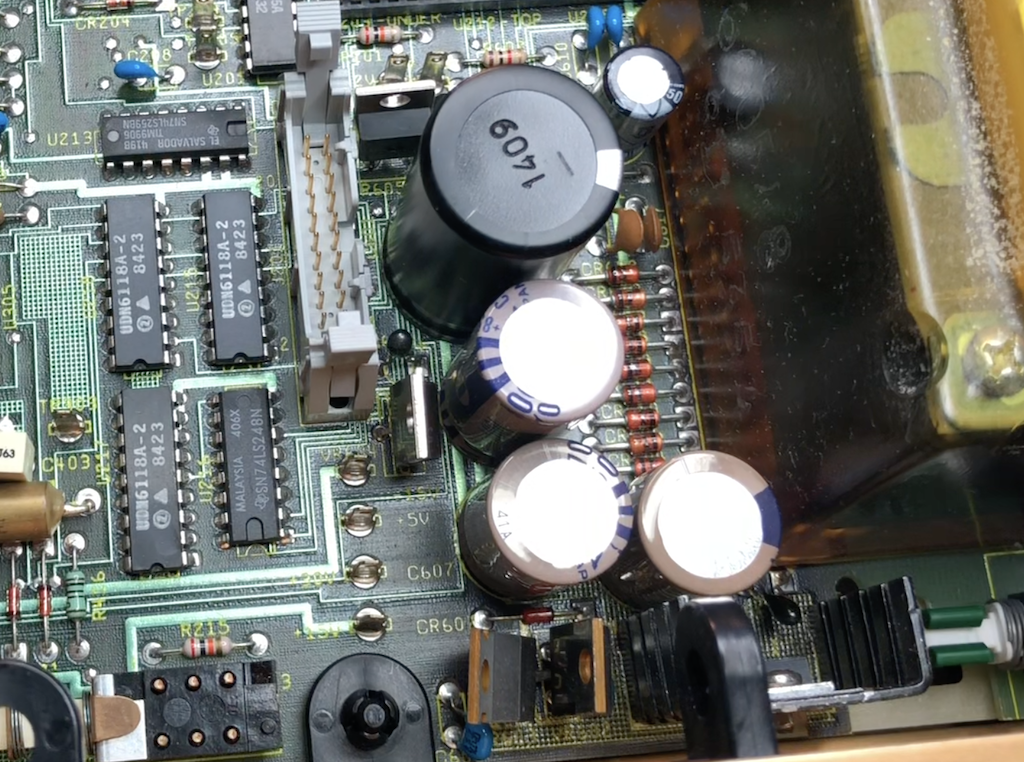 In the second unit, I replaced all the main caps which are closer to the regulator ICs. All of them tested high for ESR and +15V one was dry as expected.

Both meters are up and running and now I need to sell them and make the millions I promised my wife.

So if you have one of these  with the symptoms above, now you know why they fail. (I mean fluke 8840A meter, not wife)

Back to Home Page